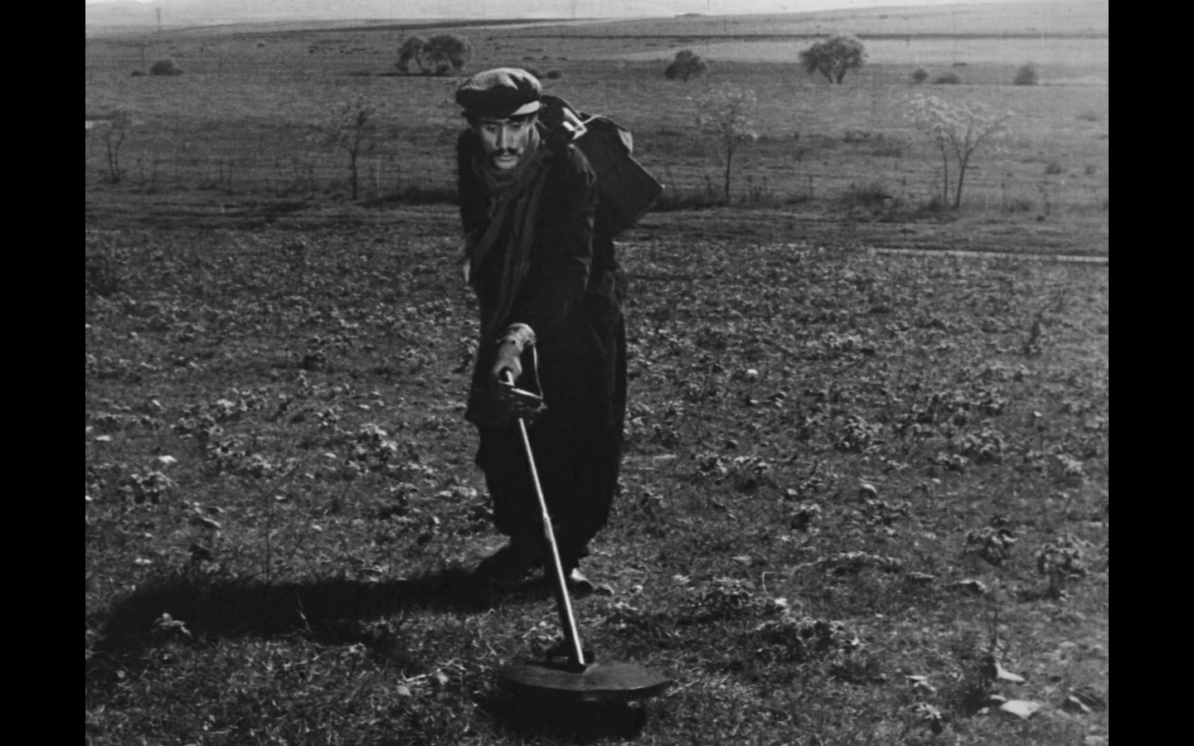 Lütfi Ö. Akad’s film Law of the Border is a cinematic masterpiece that marked a pivotal point in Turkish cinema when it came out in 1966. Today, it appears as a brilliant reflection on the complexities of borders, unequal opportunities, and other limitations that define modern societies.

Borders are ambiguous phenomena. On the one hand, they are intended to be simplifying limitations, attempts at drawing clear lines through reality. On the other hand, they are limitless concatenations of complications: demarcation problems, territorial conflicts, stories of tragic separation, illegal crossings, fatal casualties.

Some borders seem particularly thorny, especially when they stand for rather global disparities. The border between the US and Mexico is one example (which I have previously touched on); the border between Syria and Turkey is another. And in these cases, the list of ‘border complications’ seems all the more endless.

Lütfi Ö. Akad’s 1966 film Hudutların Kanunu (English Law of the Border) is a great film on all counts. Its radiant power is bundled by the very fact that the film limits itself very effectively: At a humble length of 76 minutes, with taciturn dialogues, it has a terse storyline and it is executed with an austere aesthetics. But at the same time, the film is extremely rich on an artistic level and virtually limitless in its psychological and philosophical complexity.

With my review, I will try to follow the film’s good example. I will limit myself to just a few lines instead of getting carried away by the abundance of possible associations.

Law of the Border revolves around a small village in Turkey, right at the border to Syria. The village bears the fitting name Delivaran; its inhabitants are smugglers who make a living by getting herds of sheep across the border. This has been going on since time immemorial, as the inhabitants do not see any other chance of surviving in their barren borderland.

The storyline, however, sets in with three incisive changes in this seemingly unalterable order of things. The film depicts these changes at a breathtaking pace as they irrupt into the village community.

First, a lieutenant of the border police is shot and immediately replaced by an ambitious successor who proclaims that the series of violent incidents at the border “needs to stop”.

Second, a teacher from the nearby city of Urfa is sent to Delivaran, with the mission to establish a school and teach the children of the village. The smugglers reject this as an unwelcome disruption, as the teacher appears to them as an extended arm of the law.

Third, one of the smugglers, Hıdır (Yılmaz Güney), decides to no longer resist the changes. He allows the school to open (with his own son’s future in mind) and tries to build a new livelihood for his people by cultivating the land.

As promising as these changes may seem, they only make apparent how bogged down the situation really is—both at the border and in society at large.

I highly recommend watching the movie and will therefore not risk giving any spoilers as to how its story unfolds. I will only say this much: Law of the Border gains a good part of its cinematic strength from its nuanced depiction of social injustices and of unequally distributed opportunities.

The situation at the border, at the country’s outermost margins, reflects like a mirror the very hopes, injustices, dreams, and limitations that define the country at large. And the film makes it clear that those who transgress—the smugglers—are far from being the ones who are causing the injustices in the first place.

With great nuance, the film depicts the forces of progress in the form of technology (means of transportation), education (teacher and the school), and the enforcement of the law (lieutenant: “this needs to stop”). It is truly amazing how these signs of progress appear in their ambiguity in the film. They function as harbingers of hope for a better and more just future. But at the same time, they appear as instruments of power that may solidify social injustices instead of helping to overcome them.

Law of the Border is at once a Turkish take on the Western genre (in the way and form that it conveys a classic frontier narrative), a classic tragedy (in the way that it shows the recurrence of human suffering through the course of generations), and a critical piece of social realism (in the way that it studies the genesis of transgression out of societal and biological necessity).

The film is a stunning realization of the notion that borders don’t just have a horizontal dimension, dividing different countries, people, and cultures, but that they always also have a vertical dimension, running between those at the top in the hierarchy of power, and those at the bottom. But even more importantly, Law of the Border is just a stunning work of cinema.

The film has received great praise in Turkey and worldwide since its premiere. But it also faced much political controversy, challenges by Turkish authorities, and censorship intervention even during its production (Bilge Ebiri, Law of the Border). Only one rather damaged copy of the film survived the military coup of 1980. It was restored painstakingly as part of Martin Scorsese’s World Cinema Project in 2013.