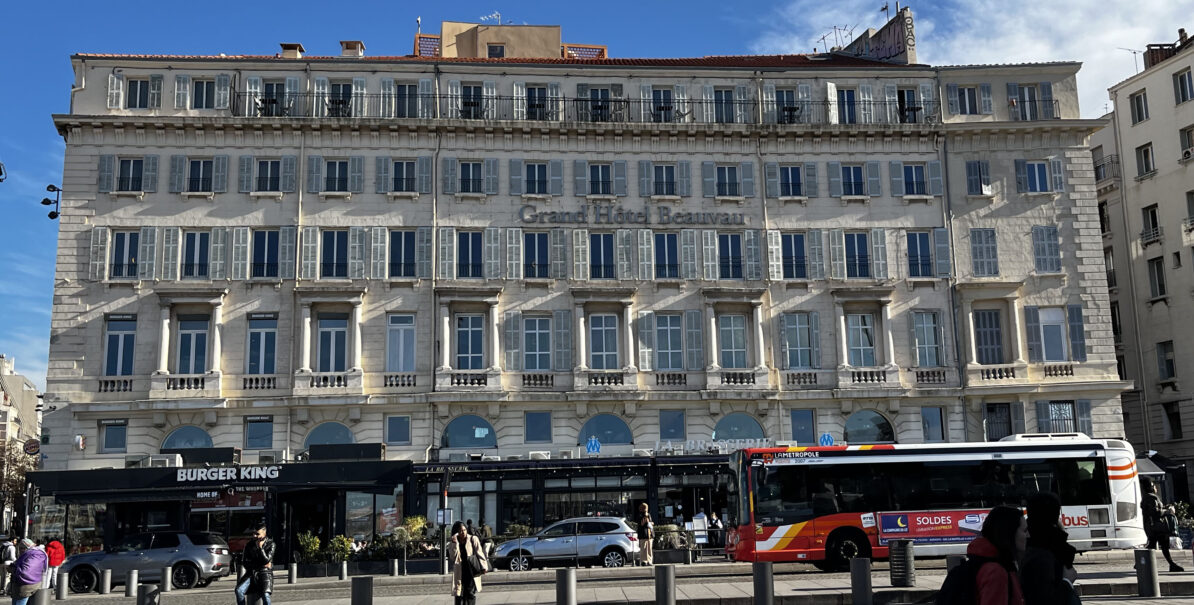 When I visited Marseille for the first time, I already knew that some of my favorite authors had been here before me. The writer and journalist Joseph Roth, for instance. I had a vague notion of him sitting in the lobby of some grand hotel by the Old Port writing his articles for the Frankfurter Zeitung. Or did he actually come to Marseille seeking shelter from the Nazis, to be right at the port and out of Europe as soon as another World War would erupt? As I knew, Roth foresaw the imminent atrocities much earlier than most of his intellectual contemporaries.

Did Roth visit Marseille frequently? Did he leave any lasting traces in this ancient port town with a modern face? Where exactly did he stay? A quick online search delivers answers in the neat form of an academic paper written in French, reflecting on The Clichés About Marseille Revisited by Joseph Roth. And indeed, my imagination had not tricked me. On his repeated visits in the 1920s and 30s, Roth stayed at the Hôtel Beauvau, overlooking the Old Port. As it turns out the hotel is still in business today—so I jump on a bike and race right down to the Vieux Port to see if I might even find a plaque commemorating the eminent guest.

Negative! The sun-drenched front of the stunning building is now occupied by an American burger chain—no trace of any intellectual history here. But on the other side, right next to the entrance facing Rue Beauvau, barely noticeable above four stars and other badges of high-quality hospitality, I see an inscription listing the names of some illustrious visitors: Alphonse de Lamartine en 1832, Frédéric Chopin et Georges Sand en 1839 sejournerent en cet hôtel! No sign of Joseph Roth, though, nor of any of his famous fate-stricken German-speaking contemporaries.

Back at my desk, I check the internet again and find—in Dutch translation—a few letters exchanged between Roth and Stefan Zweig, his fellow writer, friend, and benefactor. Zweig, responding to one of Roth’s letters from the Beauvau, sends a special thank you, honoring the hotel as “one of my favorite places in the world,” where “I once spent two weeks on the 5th floor, working with immense pleasure.” And he adds, in parentheses, “one thinks back to such abodes in a kind of jubilant mood.” (My translation)

Anything but jubilant is the mood of Roth’s own letters from Marseille. How the prolific writer-journalist cries out for help—and considers embarking on a ship to Mexico is interesting enough to cover in another episode of this series.