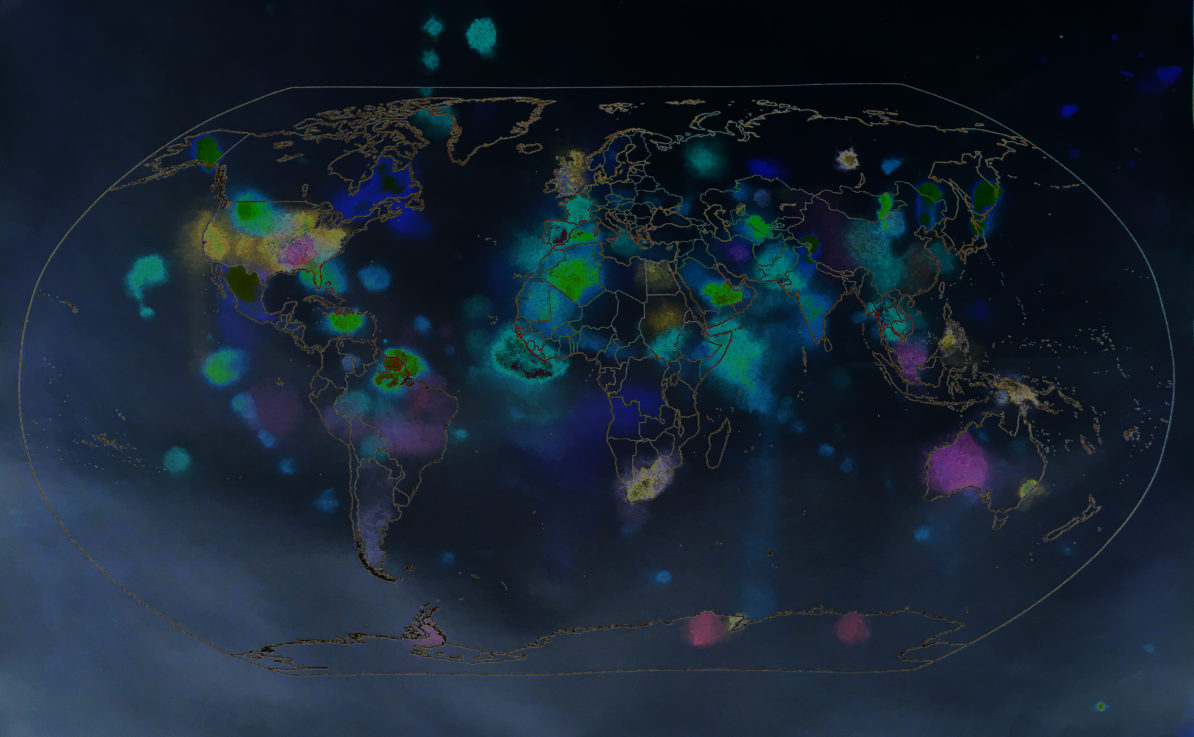 While global travel restrictions are currently changing daily, it’s time to reflect on borders and what lies between them—the nation-state. The Lithuanian poet and intellectual Tomas Venclova can provide some inspiring input for such reflections.

Countries across the globe have been slowly reopening their borders to travelers since the pandemic’s first wave has ebbed at least in some parts of the world. The reopening is very selective though, which is a reminder that the permeability of national borders is generally an extremely selective matter to most people, even in times of relative normality.

When normality is disrupted by a world-shattering event like the coronavirus pandemic, the harms are tremendous and far-reaching, but there might also be benefits. One such benefit, for instance, is that this disruption provokes thought about the very normality that has now been disrupted. In the ideal case, we learn and improve our ‘normalities’, both at an individual and a collective level.

On a personal level, I believe I have already learned a great deal from this crisis (here is just one example), and my learning will certainly continue for a while, at least for as long as this crisis persists. But the gain of learning is especially profound where personal and collective matters coincide.

We would have discussed how nation-states are united and divided by shared stories, be it myths of common origins or promises of manifest destinies.

Here is a case in point: Had the pandemic not hit, I would be traveling to Italy next week to teach a class on narratives of nations as part of a summer school for the humanities. Together with a colleague who works in cultural diplomacy and a group of about ten high school students, I would have discussed how nation-states are united and divided by shared stories, be it myths of common origins or promises of manifest destinies.

My colleague and I had just outlined our syllabus and started to design the curriculum for the week-long class when, in March, Italy was put under total lockdown. It soon became clear that the summer school would have to be called off this year. For a while, the viral threat seemed to drive any other topic out of the heads and headlines. But then, slowly but surely, our class topic recaptured my attention again, and it appeared to even gain in importance through the current events.

All this made the nation-state seem more present than it had been in a long time.

The way in which different countries dealt with the pandemic in very different ways, how some governments blamed the origin of the virus on others, how my expat friends hastily considered to return to their home countries before all borders would shut, and how in a crisis like this the refugees at the European borders received even less of the public attention that they so desperately need—all this made the nation-state seem more present than it had been in a long time. When I noticed this, I decided to keep collecting material on the topic. Still, I am secretly hoping that sometime in the near future, travel bans will be lifted and summer schools for the humanities will become possible again.

One of the most inspiring inputs that I received on the topic, however, lies six months back. In January, a dear friend invited me to an event with the Lithuanian poet and intellectual Tomas Venclova at Akademie der Künste, Berlin. The event was titled The Long Shadow of the Middle of the Century. An Evening for Tomas Venclova. It featured a conversation between the US writer and scholar Ellen Hinsey, the German poet and essayist Durs Grünbein, and Venclova himself, moderated by Matthias Weichelt.

For co-founding the Lithuanian Helsinki Group for the Defense of Human Rights in 1976, Venclova was stripped of his Soviet citizenship.

Although everyone, including himself, calls Venclova a Lithuanian, calling him so requires some explanation. When he was born in 1937 in the Lithuanian coast city Klaipėda, his home country was still an independent republic. But soon, in 1940, it was occupied and annexed by the Soviet Union, then by Nazi Germany in 1941, and again by the Soviets in 1944, and Lithuania remained part of the Soviet Union until 1990.

For co-founding the Lithuanian Helsinki Group for the Defense of Human Rights in 1976, Venclova was stripped of his Soviet citizenship in 1977 while in Berkeley as a guest lecturer. He subsequently stayed in the US where he taught Russian and Polish literature at Yale University and would later obtain citizenship. However, he actively maintained his Lithuanian cultural identity and became one of the clearest voices of the Lithuanian diaspora. He did not return to his home country until 1991 when he regained citizenship there and after Lithuania had restored its independence from the dissolving Soviet Union. Even then, he retained his residence in the US—and he holds a dual-citizenship to this day.

Venclova’s captivating life story was one aspect that made the evening at Akademie der Künste so memorable; he presented it to the audience in English, in well-worded sentences, larded with juicy bits of humor, and not without genuine pride. Since the clientele of the event was to a large extent German, the organizers had hired a translator who provided a simultaneous interpretation of Venclova’s every sentence. Beside Venclova, she was the second star of the evening. After the event, my friend showered her in compliments on her stellar performance. It took my friend a while to see that the translator did not understand a single one of these compliments since they were expressed in Lithuanian. The translator had jumped back and forth between English and German so masterly during the event, catching every author’s name even in Venclovas accented pronunciation—it simply did not occur to my friend that she would not also be fluent in Lithuanian, and, why not, in all other languages of this world. This whole thing was a wonderful lesson in intercultural understanding.

What I learned about Tomas Venclova that evening certainly made me curious for more. For a start, I read his essay The Prince and His Czar, which was originally published in the New York Times Book Review in 1988 and which appeared in 2018 in a German translation in Sinn und Form, the house periodical of Akademie der Künste. Although this text was clearly written against the backdrop of the Cold War, its reflection on immigration, emigration, and cultural belonging could not be more relevant today.

“We live in a historical period when the very concept of nation is beginning to change.” —T. Venclova

The second essay that I read by Venclova was written more recently, but it appears equally visionary. It is titled I’m Suffocating, published in 2010 in Lithuanian and in an English translation, and it discusses how modern nations are under threat by xenophobia and isolationism. In it, Venclova notes: “We live in a historical period when the very concept of nation is beginning to change. First, in the era of internet [!] and airplanes, the connection between nation and territory is weakening. […] Second, nation is becoming less a matter of the origins of forefathers and more one of free choice.” He admonishes that “this is the only humanitarian and modern attitude [concerning nationality], and thus the only acceptable one.” And he concedes that “none of this is some kind of newsflash,” but in fact, we can find positive examples of such nationhood in various long-standing diaspora cultures.