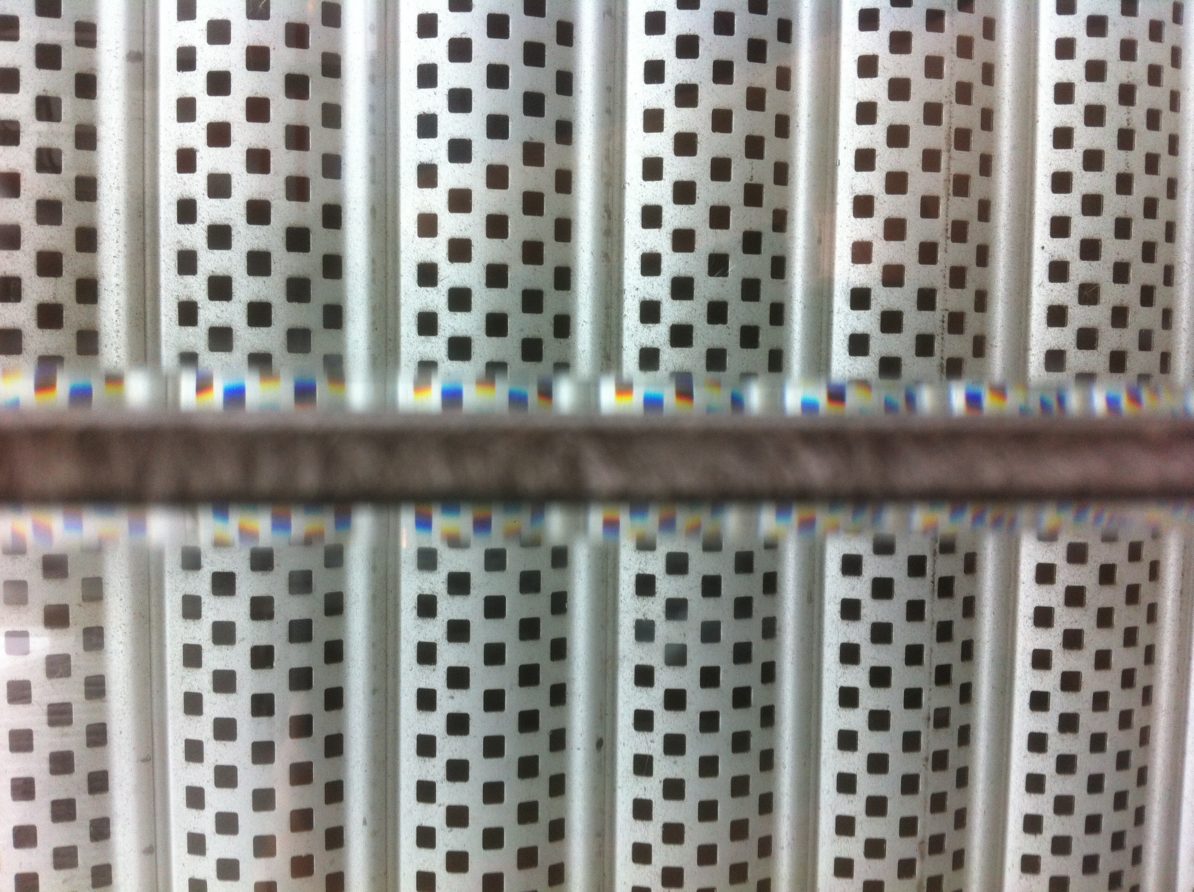 Here’s the truth: I’ve never been on a roller coaster. I’ve never taken LSD. I’ve never tried to step out of an elevator on the 13th floor. I’ve never been to Austin, Texas. And I’ve never written about music. Hence this is no reportage; I’m not a music journalist. I’m not a historian either—facts are important to me, but at times they seem fleeting. And yet, all of these things fascinate me, especially when they are combined in one story.

Some stretches of time in history are like roller coasters. Things seem to whizz by with such momentum and at such speed that it’s becoming hard to tell where’s left and where’s right, what’s up and what’s down, and where’s the ground and where’s the sky. Historians try to bring order to this chaos by identifying central actors, by isolating crucial events, and by connecting the dots by lines of reason and causality. Facts and agents are isolated and connected to a bigger picture or narrative. The result is a rather discrete representation of change.

Real change—however—happens in the gaps in between. There is meaning in the spaces between words, the dashes between phrases, or the pauses between two songs.

I believe I found such a meaningful gap just recently between the first two tracks of what might be the first psychedelic rock album in history: The Psychedelic Sounds of the 13th Floor Elevators. The opening track is a classic rock song, first recorded in 1965, starting with strumming guitar chords, a love song, garage blues-rock, reminiscent of the Yardbirds in sound, and of the Kinks in attitude, though distinctly unique in style and delivery: You’re Gonna Miss Me. A hit—and it’s over in two-and-a-half minutes.

A hissing hi-hat breaks the silence, followed by an insanely momentous guitar riff and a relentless drum groove: Roller Coaster, an amalgamation of influences, ringing in a new era, no, opening another dimension. The track is a mind-altering journey that takes up twice as much time on the record as its predecessor but really seems to be playing in an entirely different time zone: “Someone, somewhere, some time ago […] / Things appear as they really are / I can see just what I wanted to see.”

What happened in between? What happened between the creation of these two songs? What happened 55 years ago, in and around Austin, Texas, in 1965? Here’s what I found on the Internet: Members of “two obscure Texas bands,” the Lingsmen and the Spades, joined forces and founded The 13th Floor Elevators. The main agents in this story appear to be Tommy Hall of the Lingsmen, electric jug player, a University of Texas student of psychology and literature, later often referred to as the lyricist of the band, and Roky Erickson of the Spades, singer, guitarist, songwriter, a high-school dropout who would become one of the most influential and most tragic legends of rock history. And another central agent may have been a certain Lysergic A. Diethylamide, better known by its German initials: LSD. I hope that fans forgive me when I leave aside the other three founding members of the Elevators: Stacy Sutherland, Benny Thurman, and John Ike Walton.

The newly founded “super-group” went on a communal trip to their inner worlds in the fall of 1965, plotted plans for their imminent psychedelic rock careers, and played their first gig in December. Early in the following year, the Elevators re-recorded the Spades’ local hit “You’re Gonna Miss Me,” which was issued as a 45. This and an extended West Coast tour carried the band’s success beyond the Texan borders and all the way to San Francisco, where they stayed longer than planned and made a lasting impression on the thriving Bay Area scene.

When it was finally time to come out with a first album, the band returned to Texas. In one 8-hour session at a studio in Dallas, they recorded The Psychedelic Sounds of the 13th Floor Elevators, a masterpiece and perhaps the world’s first ‘concept album,’ before this term was coined. The album’s liner notes, penned by Tommy Hall, put rock music in relation to the disrupted tradition of Western thought: “Since Aristotle, man has organized knowledge vertically in separate and unrelated groups…Science, Religion, Sex, Relaxation, Work, etc. The main emphasis in his language, his system of storing knowledge, has been on the identification of objects rather than on the relationships between objects.” Against this Aristotelian tradition, the Elevators propose a “quest for pure sanity that forms the basis of the songs on this album.” And after they had recorded these songs for pure sanity, the Elevators went on another trip up to California.

Of course, this episode about the Texas band is only a minute fraction of what happens in the gap between “You’re Gonna Miss Me” and “Roller Coaster.” In February of the same year, at Cambridge University, England, James Baldwin and William F. Buckley, Jr. had come together for a debate on the question “Is the American Dream at the expense of the American Negro?” Three days later, Malcolm X was shot in the Audubon Ballroom in Manhattan. In the same year in Austin, a “white boy and an African American girl ‘apply’ for a marriage license against Texas law that prohibits interracial marriage” and the “Cowboy Minstrel Show votes out blackface in its annual performances” (Austin Public Library). 1965 is the year that historians noted down as the end of Jim Crow legislation in the US South, the height of the civil rights movement, the year of the Selma to Montgomery marches and of Bloody Sunday, and later, in August, President Lyndon B. Johnson, another Texan, signed the Voting Rights Act into law.

The 13th Floor Elevators put out another album, titled Easter Everywhere, before they disbanded in August 1968. In October of the same year, the possession of LSD was made illegal nationwide in the US. Earlier in 1968, Roky Erickson’s mental health had become problematic leading to repeated nervous breakdowns, missed gigs, and ultimately to his hospitalization in the summer of 1968. Presumably as a result of drug use and disruptive psychiatric treatment he suffered from severe mental illness for the rest of his life. However, this didn’t keep him from blessing the world with repeated comebacks and deeply inspiring contributions to the history of music until and beyond his passing in 2019. Tommy Hall continued his forays into the depths of the human mind by working on an “all-encompassing theory drawing together philosophy, physics, mysticism, yoga and “existential mathematics,” which he calls “The Design” (Ben Graham, The Quietus).

In 2015, the Elevators reunited for a legendary live concert at the Levitation Festival in Austin.